The census is a complete population count for a given area or place taken on a specific date every ten years. The 1841 census is considered to be the first modern UK census, and is the earliest census that is widely available for access. Census data is protected for 100 years and is held by The Office of National Statistics where it remains closed to the public until its release date. The most recent census available to the public is the 1921 Census.

Each householder was required to complete a census schedule giving the address of the household, the names, ages, sex, occupations and places of birth of each individual residing in his or her accommodation. From 1851, householders were asked to give more precise details of the places of birth of each resident, to state their relationship to him or her, marital status and the nature of any disabilities from which they may have suffered.

The enumerator then collected the census schedules and these were copied into census enumerators' books. These books were kept and now reside at The National Archives, based in Kew.

Finding an Ancestor in the Census

It is necessary for you to know the name of the town or area your ancestors lived in. Knowing a more detailed address can help you locate an ancestor, but this is not needed. However, rural areas can be researched fairly quickly.

Information provided in the Census

All census records include forename and surname, age, sex, occupation, and address. In 1841, the only other piece of information recorded was the county of birth. This only tells you if the person was born in the same census county (usually has a y/yes or n/no).

From 1851, more information was added. This included the town and county of birth, the relation to head of household, marital status, and medical disabilities. From 1891, employment status was also recorded.

Census details also included visitors and servants, who could provide you with further clues.

Tips and Things to Remember

You can view the original enum­erators' books at The National Archives in Kew, but this can be a lengthy and expensive process, so we’d recommend you either view copies online, or buy the census records on CD.

Complete indexes, trans­criptions, and scans of the original pages of the Censuses can be viewed at The Genealogist.

Indexes and transcripts are also available at Roots UK, and they offer a free search of the census records.

More Information about the Census

You can view more information about the census at UK Census Online, which also holds links to interesting sites about different census years, and the census in London, Lancashire and York­shire. This is worth looking at, as there is a wealth of information on these pages. 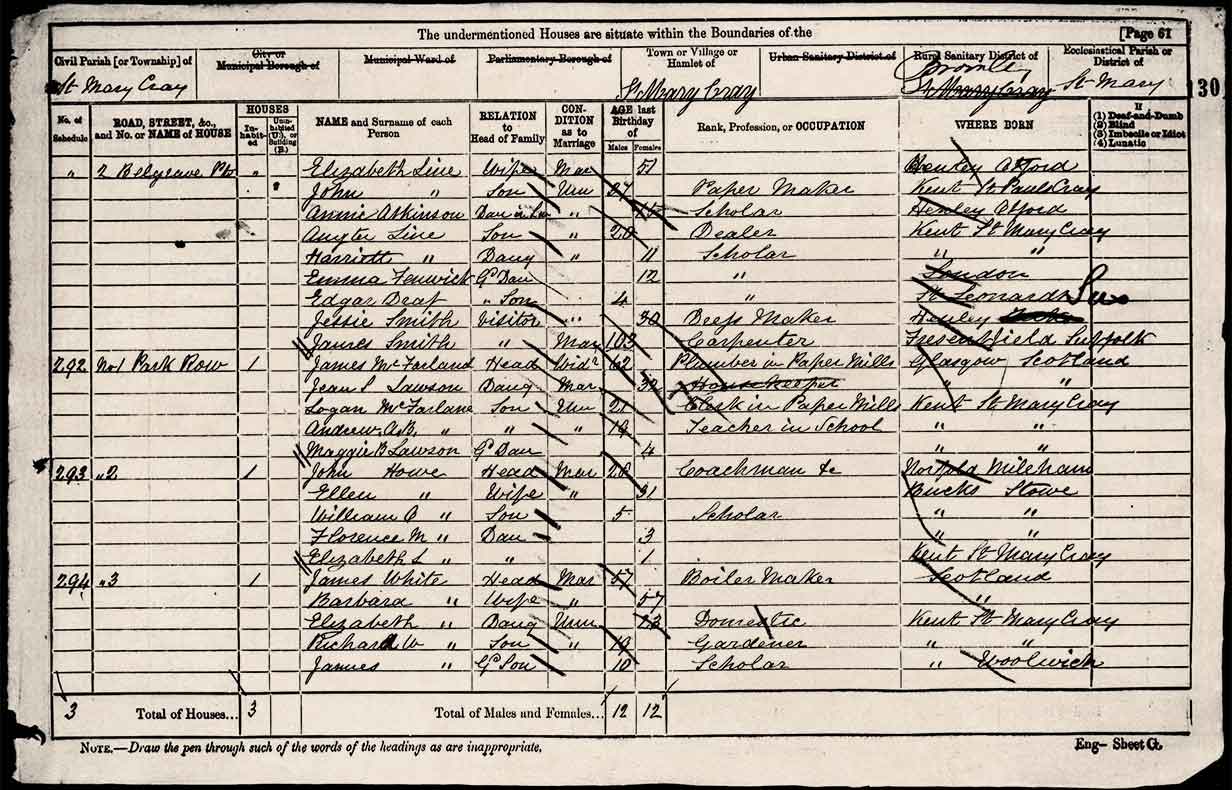